Maverick came to be after former BRMB and BBC presenter Nick Hennegan wrote and directed Henry V - Lion of England at the mac in Birmingham in 1992. Local Musician Robb Williams wrote an original music score. Management company Starward (then managers of Jasper Carrott and Phil Cool) were impressed enough to take the production to the Edinburgh Festival in 1992. After critical success at Edinburgh, Maverick Theatre was created as a not-for-profit company with a mission to increase access to the performing arts through the presentation of contemporary classics and new works with a local voice. Maverick was officially launched by the Lord Mayor of Birmingham in 1994.

Flushed with the democracy of the Edinburgh Fringe, Nick Hennegan created Maverick's original proposition. "Forget the TV for a night.  Don't rent a film.  Come down the pub and see where it all started.  No retakes, no cameras, no going back, just live action with real people right in front of you.  Have a pint and a pie and if you don't like it you can have your money back."

Twinned with the mission to create a new theatre-going habit with socially excluded communities in Birmingham was a desire to include and encourage new artists and technicians. Many successful theatre professionals have started their careers with the Maverick Theatre Company. We are now working in London and Birmingham and have created the London Literary Pub Crawl -  a promenade tour of Soho in central London.

John Slater's History of the first years of the Maverick Theatre Company.

1994  The Maverick Theatre Company was officially launched at The Billesley Pub in Kings Heath, Birmingham, in January by the Lord Mayor of Birmingham.

The first productions were Educating Rita and Trench Kiss, a little-known play by Arthur Smith. Educating Rita then toured the West Midlands, as did Henry V - Lion of England, the first play written by Nick Hennegan, Maverick’s Artistic Director. Then, in May, Sir Derek Jacobi played the voice of the ghost in Hennegan’s Hamlet at the MAC. 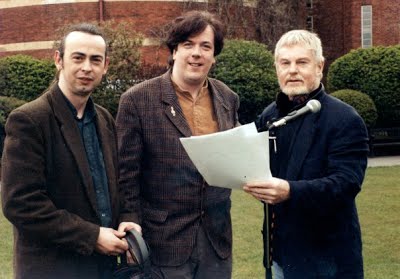 During the summer, Ansells Brewery loaned Maverick a disused store room at the rear of the Billesley as a performance space (now the site of a Wacky Warehouse). It was christened by a three-week run of An Evening With Gary Lineker which went on to a week at The Elms in Aldridge, then a week at Manchester’s Thameside Hippodrome, where it made £18,000, and a week in Swindon where it lost £19,000!

An Evening With Gary Lineker.

Later in the year, local actor Glenn Bayes directed his first play, Frankie and Johnny. He was to direct many more for Maverick and others before moving to London.

1995 started with rave reviews and good audiences for a new comedy/whodunit Death At The Done Inn by local writer Tom Nolan. Road by Jim Cartwright followed. It was Glenn Bayes’ second production and hailed as a radical interpretation as the audience were moved around the whole pub, including the car park!

Death at the Done Inn, by Tom Nolan.

For seven weeks through the summer, Maverick, together with Almost Perfect Productions, put on Henry V - Lion of England at the Waterside Studio in Stratford-upon-Avon. Senior RSC actor Julian Glover became a fan!

Back at the Billesley, the first Maverick Youth Workshop was run for a week by the leader of the Alexandra Theatre Youth Company.

In December, Jeffrey Bernard Is Unwell was produced in the Billesley Public Bar (now part of the dining area). Former BRMB presenter and rock tour manager, John Slater, was asked to help out for a day and has been managing Maverick productions ever since.

1996   Shows at the Billesley were: Strippers, which sold out for a week; Sexual Perversity In Chicago, sponsored by The Royal Al-Faisel restaurant and CBC; Play It Again Sam, which was part of the Jazz Festival, and Teechers.

In March Henry V - Lion of England opened at the Old Rep Theatre, Birmingham, for three weeks, starring Michael Shaw who had performed it in Stratford-upon-Avon.

The second Maverick Youth Workshop was the last activity in the theatre space at the Billesley before it became the Wacky Warehouse. Instead of bowing to adversity, Nick Hennegan and John Slater meet and perversely decide to produce more than ever at The Billesley, with a show every two months. It worked! Within the next year, audiences had more than doubled.

1997   Superbly acted, Two by Jim Cartwright left audiences emotionally drained with its mix of humour and pathos. Shirley Valentine starred Manchester’s Sue Warhurst who has since appeared in a string of major TV series. Same Time Next Year was directed by Larry Rew, squeezing the production in between directing in Germany and New Zealand.

In between the Up’N’Unders was A Ghost Of A chance, a new play by Maverick’s Nick Hennegan which won a prestigious Guinness Pub Theatre award, judged by the Royal National Theatre. It starred Paul Henry, forever to be known for his iconic role as Benny, in the original Crossroads, and 13 year old Justyn Luke Towler, fresh from Tommy in the West End. John Slater was the voice of the ghost and the show was directed by former Birmingham Rep Artistic Director, John Adams. It sold out all five nights in the 200-capacity main Function Room.

A Ghost of A Chance

1998   The first show of 1998 was Educating Rita, back at The Billesley to celebrate Maverick’s fourth birthday. Half way through its two-week run it had completely sold out. For the last five shows it transferred to the main Function Room (twice the size!) and still sold out!

In February, Maverick hosted workshops with RADA, the Royal Academy of Dramatic Art. Several local people who attended have since been offered places at RADA.

In March, Glenn Bayes came back from London to direct The Killing Of Sister George.

PALS by Nick Hennegan, directed by Julia Smith, was an enormous hit for three weeks in May. It was greeted by laughter, tears and standing ovations. Amazingly, for a new play, the last two weeks completely sold out, as word spread!

Throughout August, the Maverick team were in Edinburgh at the Festival’s most prestigious venue, The Assembly Rooms, with the original cast and director of A Ghost of A Chance. To raise money for the Edinburgh visit, Maverick had taken to the main stage of Birmingham Rep for one night in June with Henry V - Lion of England performed by its author and its composer. It nearly filled the cavernous Rep on a Monday night!

Henry V -Lion of England  was also invited to the Danville College for Performing Arts in Kentucky, USA and rehearsed readings of an expanded production were run for producers in New York.

The year ended with Maverick’s first youth production Our Day Out directed by Dani Parr.

Our Day Out - Maverick Youth Academy

1999 .   We saw in the new year with the Dani Parr directed Elsie & Norm’s Macbeth and Dani returned in March to direct Beautiful Thing, the first of Maverick’s first back-to-back run of plays for a season entitled L
ove Hurts. The plays ran for six weeks continuing with a co-production, with The Mousepeople, of The Wild Party which saw the Birmingham Post arts editor using the word ‘genius’ for the first time in 25 years. The run concluded with a return of PALS which had been so successful last year.

In May Nick Hennegan returned to directing with Bouncers which was immediately snapped up for the Ross-on -Wye International festival and given Critics Choice status in The Guardian.

In August, Jon Morris, who acted in PALS, Bouncers and Up’n’Under, returned as the director of Shakers.  It was announced that as most of the original artistic aims and objectives had been met, this was to be the last show at The Billesley - Maverick’s home for over five years.

After we finished at The Billesley, Maverick began a new, more peripatetic role.  Other groups began producing pub theatre in Birmingham - one of our initial ambitions.  We produced seasons of plays at The Birmingham Library Theatre, including the hugely successful 'People's Company' production of Henry V - using a community cast and employing some of the finest theatrical talent to tutor and mentor, including Barbara Houseman.

A national tour of a play about Tony Hancock, again, starring the brilliant Paul Henry.

A national and international tour of 'Henry V - Lion of England'

A premiere of a new play at The British Museum.

Training workshops for new producers and those wishing to start their own theatre companies.

We moved to Chiswick in London and created the London Literary Pub Crawl.

And we returned to the Edinbugh Festival in 2018, with sell-out hit shows, written and adapted by our Artistic Director, Nick Hennegan -'Henry V - Lion of England' and 'Hamlet-Horatio's Tale.'

We returned to the Edinburgh Festival in 2019 - bringing Birmingham to the worlds biggest open arts event, with a Brummie focused Romeo and Juliet and our original Birmingham set comedy, P.A.L.S.  Both shows attracted 5 star reviews!  And as a result of that success, we spent a month at the Tabard Theatre in London. 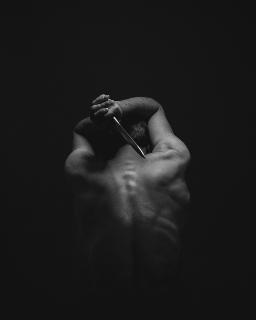 Many top theatre professionals started their careers with Maverick.  And today, we are still striving to increase access to the performing arts.  Come and join us!