Ed Morris in our original 'Pocket Classic' Henry V - Lion of England, by Nick Hennegan, from the original by William Shakespeare.

What is the Maverick Theatre Company?

Maverick is a not-for-profit registered charity and is all about access, particularly for working class and underrepresented communities.  New audiences to plays, events, publishing, radio, podcasts, films,drama and literature.  And new practitioners - actors, writers, directors, backstage and technical.  It was started on a council estate in inner-city Birmingham and launched by the Lord Mayor of Birmingham in 1994.  We started producing plays in informal spaces - mainly pubs.  Working class writer and founder Nick Hennegan created Maverick's original proposition. "Forget the TV for a night.  Don't rent a film.  Come down the pub and see a show.  It's where it all started.  No retakes, no cameras, no going back, just live action with real people right in front of you.  Have a pint and a pie and if you don't like it you can have your money back."

Twinned with the mission to create a new theatre-going habit with socially excluded and working-class communities in Birmingham is a desire to include and encourage new, working-class artists and technicians nationwide. Many successful theatre professionals have started their careers with the Maverick Theatre Company.  We are now working in London and Birmingham and have created the London Literary Pub Crawl -  a promenade literary tour of Soho in central London.  Our Pocket Classics are allowing new audiences to experience great classic works in an accessible form.  And before Covid, we were running our spoken word nights, theSpeakEasy Cabaret, on the first Saturday of every month, in a pub!

We'd love to hear from you.  About anything, really...!

Can you help us? 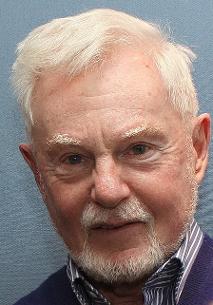 And I wish you every possible success!

Your country needs you!!!"

The Cast and Crew of the first Maverick Youth Academy, Birmingham.

Maverick is all about access to theatre and the arts by those who might not see them as a natural home.

The first Maverick Academy production was based at the Billelsey Pub in Birmingham in 1994. 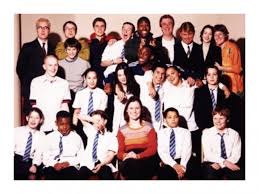 A new approach to theatre.... Please see the

the covid pandemic has meant cancellation of our 2020 national tours of our hit edinburgh and london shows - with some famous voices.

we were planning for the edinburgh festival with a new, true story about winston churchill!

If you could make a donation to help us continue our work in the future,  we would be most grateful.  But we know times are tough.

"I am totally in accord with your objectives."

Can you help us at all?  We depend entirely on donations from caring        people who want to support accessible and open theatre.

Tweets by @MaverickTheatre
Tickets to our events

Maverick is a member of the Independent Theatre Council

maverick: n: one who acts independently